According to a few Vespa enthusiasts, Japanese manufacturers innovated and brought quality to the scooter market in the 80s but got lazy in the 90s due to the lack of competition. The Japanese's fifteen-year-old designs lost their charm when the Vespa returned in 1999. This led them to decide to bring in a new generation of products in the competition, like the CHF50. Perhaps this is true, but the collapse of the scooter market in the late 80s did create an environment that was very unappealing to introduce scooters into during the 90s.

The market began growing in the new 2000s and Honda’s introduction of the Metropolitan (Jazz in Canada) in 2002, was directly aimed at hopeful Vespa customers. The Metropolitan has Vespa inspired retro styling with better features like liquid cooling and the great fuel economy, reliability, and lifespan of a 4-stroke engine. Also, costing $1000 less than Vespa’s 50cc ET2, the Metropolitan was at a clear advantage.

Internationally, the Metropolitan(USA) and Jazz(Canada) used other names which were Crea and Scoopy. From 2002 to 2006, Honda also sold a limited-speed / moped variant in the USA called Metropolitan II. The model code for Honda was CHF50P, with P being Honda's long used indicator of a moped restricted model. This was restricted to 25mph through a series of restrictions to the variator, ECU, intake, and camshaft. 2009 was the last year for this model CHF50 in Canada and the USA, although it was available until a few years later because of excess inventory from the 2009 crash of the scooter market.

The 2002 to 2009 Metropolitan / Jazz used a short case (small rear wheel) version of Honda’s modern GET2 engine. This motor was also used in the Honda Ruckus, but it has a longer swingarm. Overseas, the GET2 has used a wide range of Honda’s 4-stroke 50cc’s. Honda Japan developed the GET2 and it featured a number of neat innovations. Honda slipped a tiny radiator for this liquid-cooled engine directly onto the right side of the engine next to the flywheel. Honda was able to create an exceptionally strong liquid cooling system by using a fan on the flywheel that blew on the radiator, without having coolant hoses routed all over the scooter. Another innovation was the double use of the alternator as the starter motor, thus eliminating the traditional electric starter motor. Honda devised a way to run power back through the alternator and thus spin the engine to start it. This simple system was noiseless and saved the weight, cost, and complexity of a normal starter motor.

The 2002-2005 Metropolitan had a reasonable maximum speed of 38mph, the same as the restricted Vespa ET2. Honda rates the Metropolitan at 4.9hp, while the ET2 is rated at 5.1hp, but the Metro has a weight benefit of 40lbs (176lbs vs. 216lbs) making it rather similar to the ET2 but slower than the Yamaha's Vino. For the 2006 model year, Honda made a few changes to the Metropolitan, which increased the maximum speed to 42-43 mph. Such improvements included a higher redline (8850 RPM vs. 8000 RPM), a new carbohydrate tip, a revised ECM, and an upgraded crankcase ventilation device.

Perhaps more important than the top speed increase was the new crankcase ventilation system. This easy change eliminated a huge problem with the GET2 engine, which was the ineffective flushing of gas vapors from the crankcase. In any engine, gas fumes sneak past the rings and into the crankcase when the motor is cold. Unfortunately for the Met, it wasn’t able to properly expel these fumes so they would contaminate the oil fairly quickly. This occurs because the 2002 - 2005 GET2 engine tries to breathe through a single hose - which is like you trying to breathe through a 10-foot snorkel. It works if the snorkel is short, but if it’s too long then you just cycle the same dirty air over and over. In the Met, gas fumes inside the engine are trying to escape out the same small hose that the fresh air is arriving via. This flat out didn’t work very well, so Honda switched to a two hose system with an integrated one way valve to radically improve the engine venting for 2006.

In Metropolitans sold between 2002 to 2005, oil was quickly polluted, which ensured that the primary crankshaft bearings (usually the left one) would ultimately die. Unfortunately, it is common for such crankshaft bearings to fail after just 6000 miles, but twice this can be achieved with regular maintenance (oil changes). This scooter would basically need a complete engine rebuild. This can be done for $150 in parts if you’re doing it yourself but many owners don’t have the expertise and getting Honda to rebuild your engine is a $1000 labor job. If you do want to tackle this job, order a new crankshaft (it comes with bearings) and you’ll also need a new woodruff key, crank seals (especially the variator side), and a head gasket. You’ll probably want to replace the rollers and belt while you’re in there, and maybe take a look at the condition of the rings.

The original Metropolitan (CHF50) used plastic body panels mounted to light but the strong aluminum frame. The use of aluminum played a large part in achieving a low total weight of 176 lbs. The CHF50 is over 40 lbs lighter than a steel-bodied Vespa, and also allows easier and cheaper replacement of damaged body panels.

The early Metropolitan didn’t have a glovebox or any sort of cubby holes in the leg shield area, but it did have a nice amount of space under the seat where most full-face helmets will fit. Honda wisely located the fuel tank inside the floorboard, so all of the under-seat volumes have been made available as storage space.

Drum brakes cause lazy braking since they use both front and rear in the Metropolitan. Larger riders can upgrade the front brake for a few hundred in aftermarket parts. The dash of the Metropolitan is pretty standard fare. There’s a speedometer, fuel gauge, odometer, and a few indicator lights. Honda could include minor things such as a trip odometer, tachometer, and/or clock. Over its run, the Metropolitan was sold in a wide range of colors, patterns, and two-tone color schemes. Scroll to the bottom of the page for a listing of these options.

In addition to the aforementioned Vespa and Yamaha competitors, a few other scooters worth looking at are the models from Taiwan brands Kymco, Genuine/PGO, and SYM. Competing scooters include Genuine Buddy (aka PGO Metro), SYM’s Mio 50, and Kymco’s Like 50, Sento 50, and Sting 50. The Metropolitan used to be the technological leader, but scooters like Yamaha’s updated 4-stroke Vino have been better by offering fuel injection and 3 valves. Still, the GET2 engine used by the Metropolitan is a solid design post-2006 when the crankshaft bearing failure issue was addressed.

Compared to the second generation (NCH50) Metropolitan, the original Met is a higher-end machine. Despite not having the fuel injection of the NCH50, the CHF50 Met boasts a high-end aluminum frame (vs. a steel tube frame), liquid cooling, and more under-seat storage thanks to the fuel tank located on the floor. They’re both good scooters with similar performance numbers, so the decision mostly rests on price and styling.

If you’re looking for a Metropolitan/Jazz, you would want to select a 2006 or newer scooter. These engine ventilation problems in the first few years are nice to avoid, plus the newer ones are several mph faster. The Metropolitan has a great reputation as a well built, quality machine and is a smart buy in the used market. The second generation of Metropolitan offers better fuel mileage due to its PGM-Fuel Injection, but otherwise, it is a lower cost scooter with a steel tube frame instead of an aluminum one, no liquid cooling and less under-seat storage. 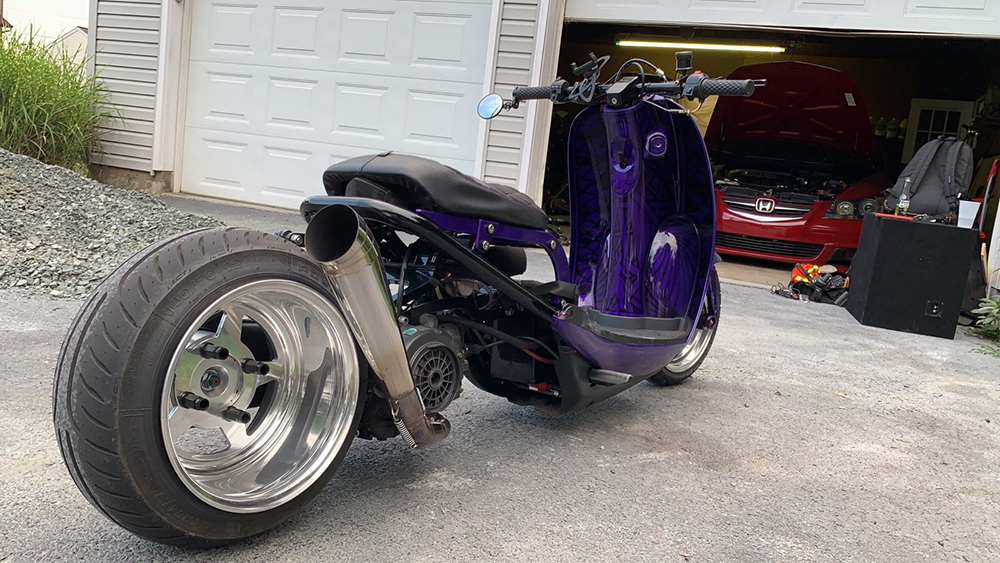 And there are many more high-quality aftermarket scooter parts available at the NCY STORE. So if your OEM parts fail or boggled down, let NCY Performance Scooter Parts be your source for finding better and upgraded replacement parts for your Honda Metropolitan Scooter. 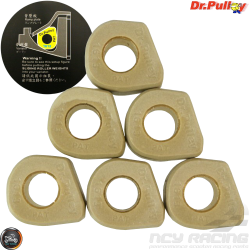 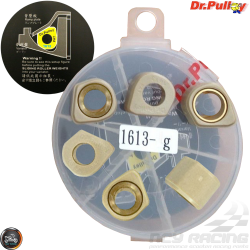 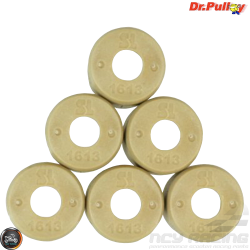 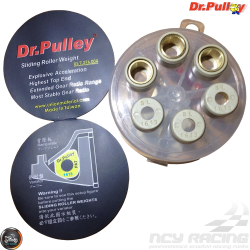 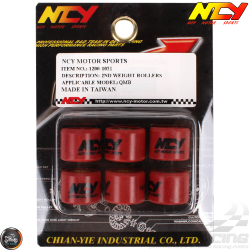 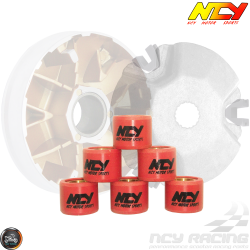 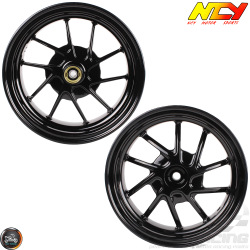 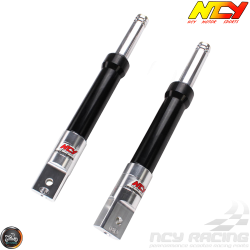 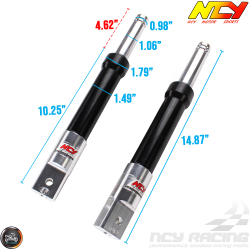 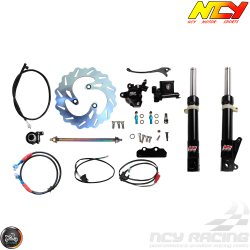 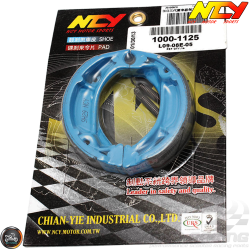 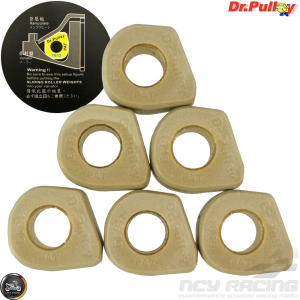 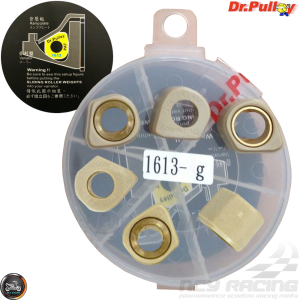 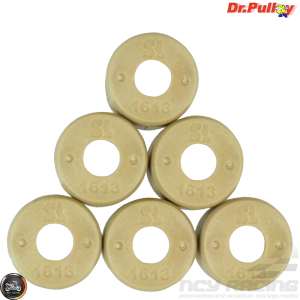 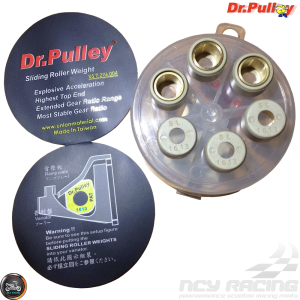 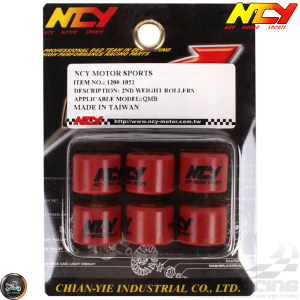 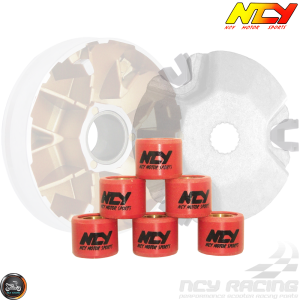 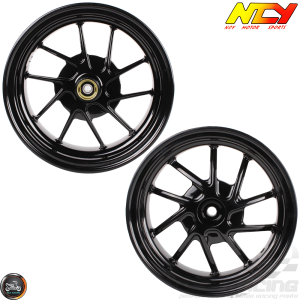 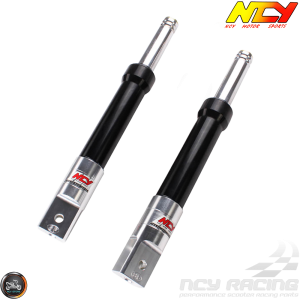 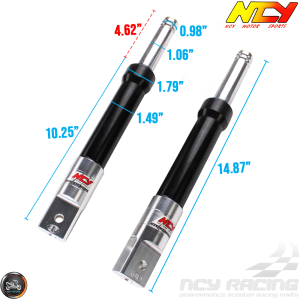 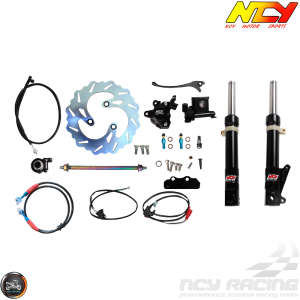 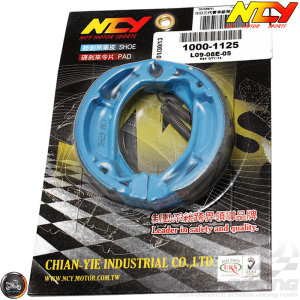